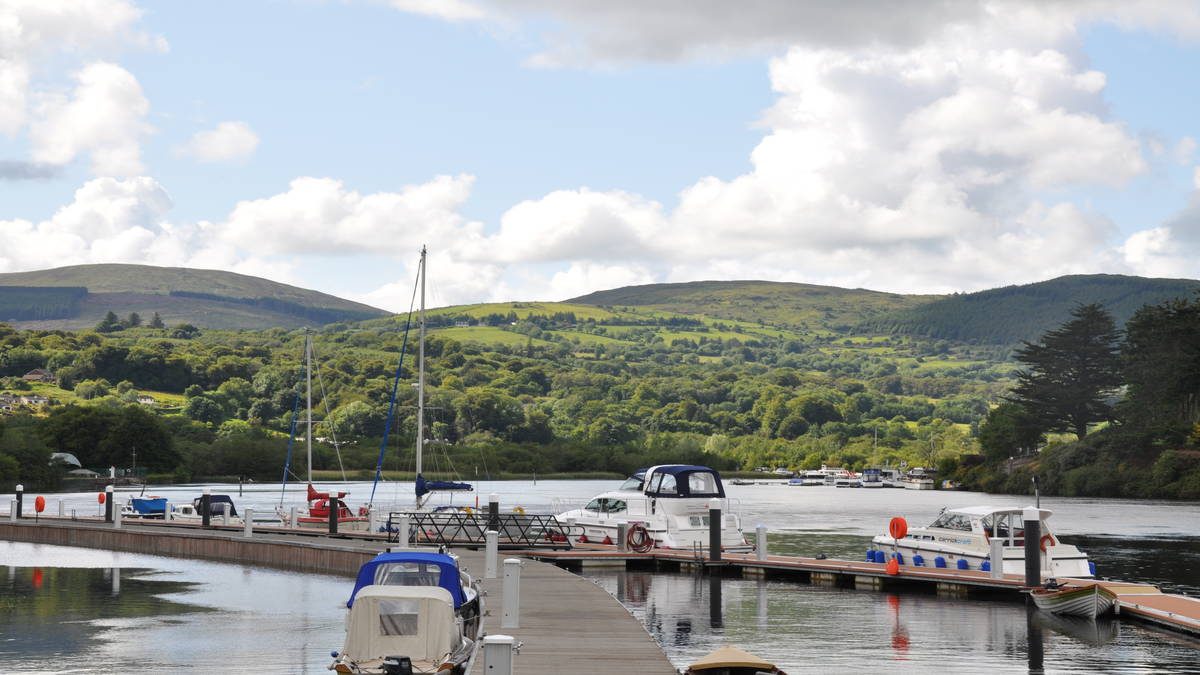 We met with Tom and Diane who were vacationing in the picturesque town of Killaloe over the spring break and wanted to discover some more of the local area during their trip. The weather was unseasonably warm so we were lucky to set out in the sunshine that morning. We picked them up from the B&B they were staying in and set off to the lake.

There are so many great vantage points along the way that we could choose from. As one of the largest lakes in Ireland, it’s worth exploring during your vacation here. There are some great activities to enjoy too from kayaking to fishing to gin tasting cruises! We headed north and first stopped in Ogonelloe, a charming village on the banks of the lake. We stopped off to snap a few pictures and take in the breath-taking view. It’s arguably one of the best lookout points along the way so we took our time to have a stroll around and take it all in. We journeyed further along the banks of the lake then until we reached the small village of Mountshannon. Yachting is a major attraction here and we saw some locals out in their boats on the lake. We stopped into The Snug which serves amazing fresh pizza to keep our energy up for the rest of the journey. We took a stroll around the harbour after and told our visitors that Mountshannon was known for many things, but one of these is that it is home to the fourth largest eagle in the world, the white tailed sea eagle! We kept a keen eye skyward to see if we could spot them but unfortunately, we weren’t in luck on the day.

From here, we ventured to the northernmost point on the lake in the town of Portumna, county Galway. A scenic lakeside town with a bustling harbour, it’s also home to a Forest Park where we stopped for a wander around. Adjacent to this, we had to visit the beautifully restored Portumna Castle. Originally built around 1618 by Richard de Burgo, it was eventually almost destroyed by a fire in 1826. Following much restoration, you can see the building now in its former glory and catch a glimpse into times gone by. We took a tour around the castle and the walled gardens on the demesne which were well worth stopping for. Tom and Diane had a keen interest in Irish history so they were delighted they were able to learn something new during the day trip with us.

We crossed the bridge to return back into the county of Tipperary and ventured south through the small villages of Terryglass, Ballinderry and Coolbaun. We decided to carry on until we got to Portroe for one of the best vantage points in Tipperary. We took some great pictures of the late afternoon sunshine over the calm water of the lake. It was just a short journey from Portroe to drop our guests back to their B&B in Killaloe. We gave them some recommendations of some great pubs in the area for music later that night so they had something to look forward to after their day.

Ireland is full of hidden gems like the villages dotted along the banks of Lough Derg and we know them all! Book with Laura or Tom today to get planning your tailor made trip around Ireland.